As the interest in gut health has grown so has the craze in fermented foods. Everyone seems to be eating or making kefir, sauerkraut or kombucha at home what does the science say? Here’s the scoop on fermented foods and the evidence around their believed health benefits. 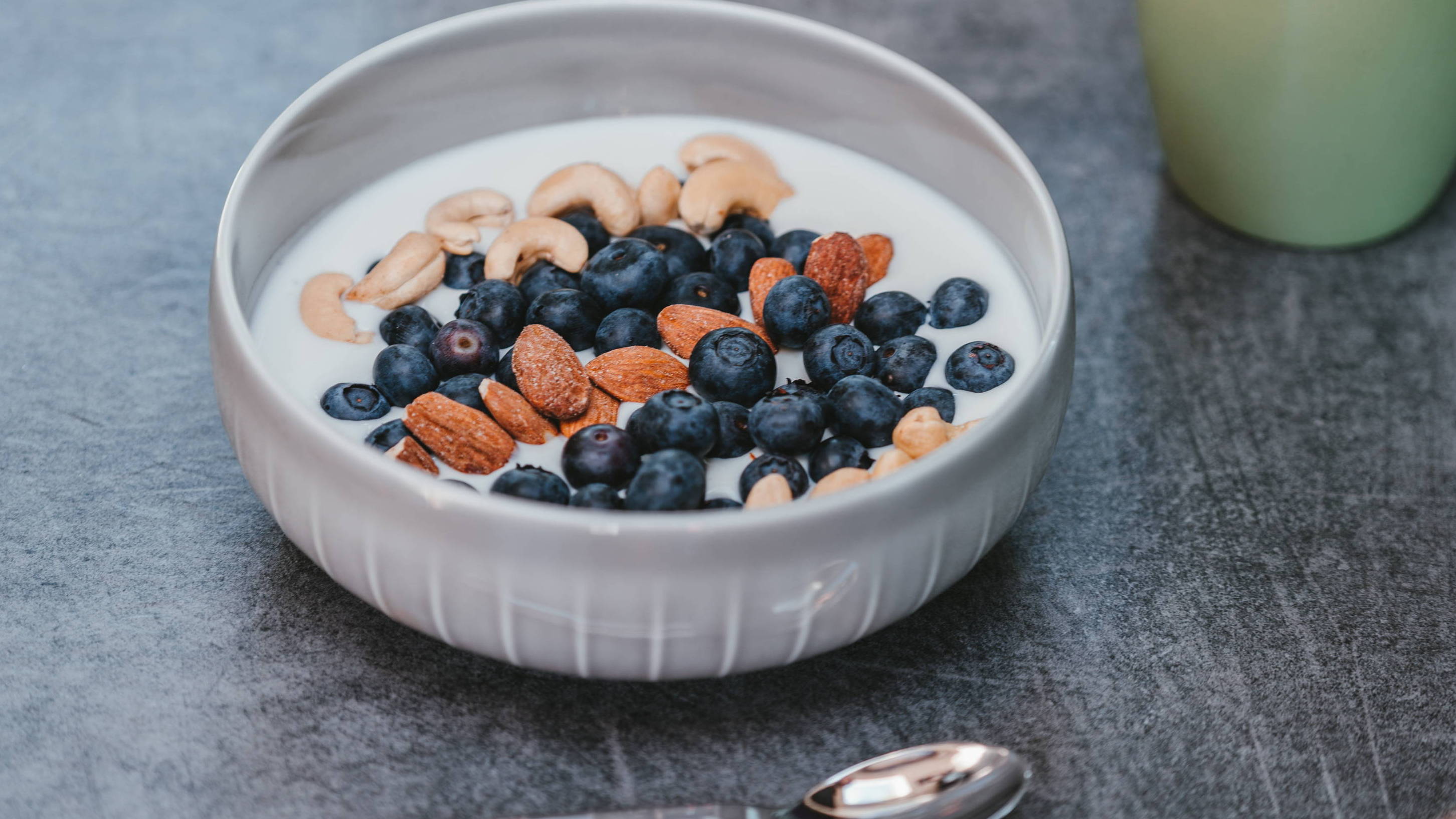 What are fermented foods?

Fermented foods are defined as “foods or beverages produced through controlled microbial growth, and the conversion of food components through enzymatic action”.

In simple terms fermentation is when microbes or yeast ‘pre-digest’ food or drink, and they convert sugars into beneficial organic acids and alcohol. The process of fermenting has been shown to enhance nutrients such as vitamin B12 and other health promoting compounds, increase probiotic bacteria, and inhibit certain foodborne pathogens.

There are two main methods through which foods are fermented. Foods can be fermented naturally, often referred to as “wild ferments” or “spontaneous ferments”, and the fermentation process arises from microbes found naturally in that food e.g. sauerkraut, or kimchi. Or foods can be fermented using a starter culture known as “culture-dependent ferments”, that is added to food to start the fermentation process e.g. kefir and kombucha. 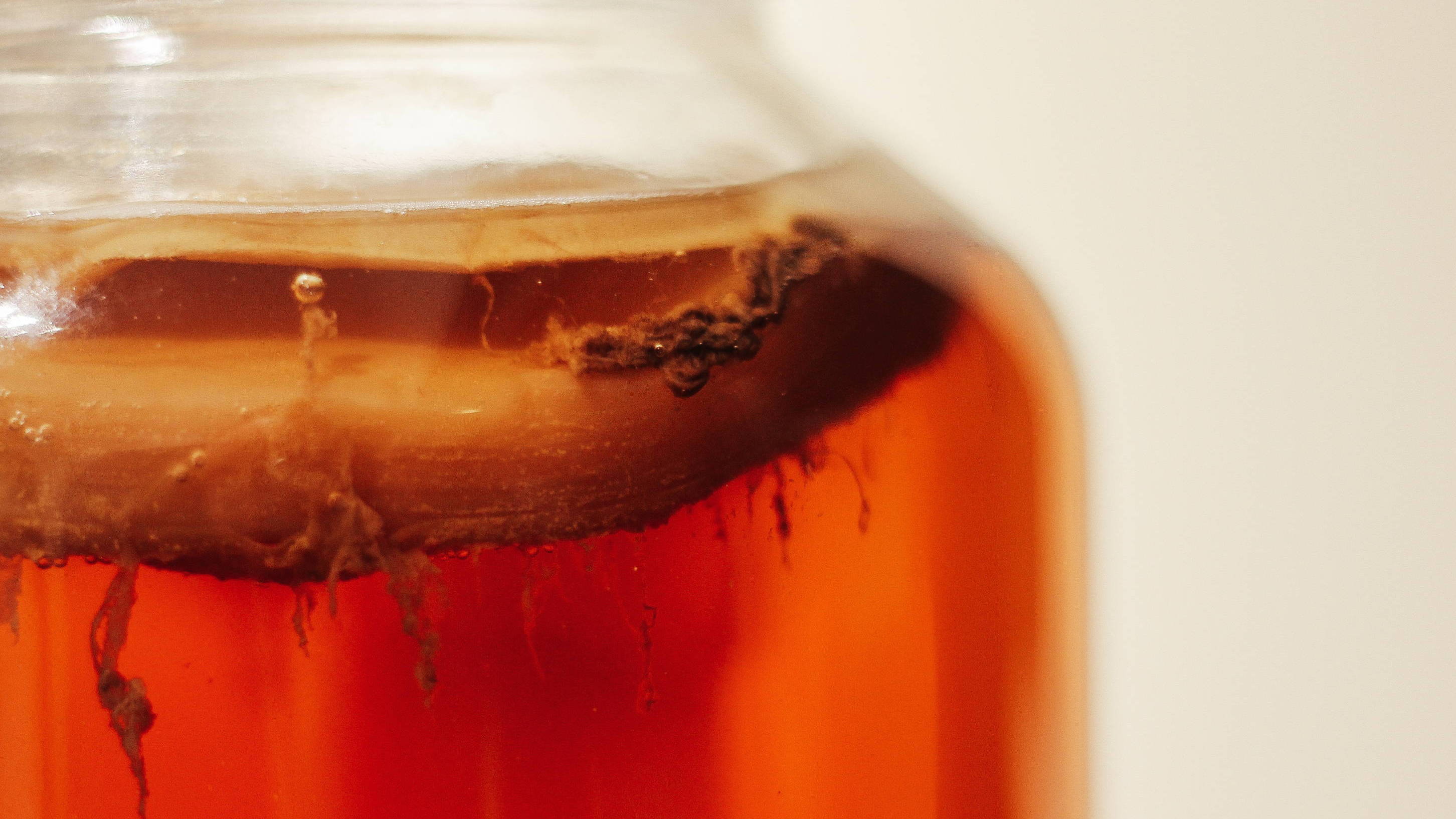 A fermented tea drink produced by adding bacteria and yeast, known as a SCOBY (symbiotic culture of bacteria and yeast), to black tea and white sugar. It is believed to have originated in Northeast China in around 220 BC and very popular during the Qin Dynasty.

A form of fermented cabbage made by combining shredded cabbage with salt, and then left to undergo spontaneous lactic acid fermentation. The low pH of the sauerkraut is what helps preserve the cabbage.

A Korean staple is made from fermented vegetables like Chinese cabbage and/ or radishes seasoned with chilli, pepper, ginger, soybean sauce, onion and garlic. The cabbage is brined and drained, then the rest of the seasonings, spices and food products are added and mixed with the cabbage, and it is left to ferment.

A traditional Indonesian food produced by fermenting boiled and dehulled soybeans which are then fermented with a starter culture of Rhizopus oligoporus fungal species at room temperature for up to 37 hours. This produces a soft white cake with a chewy texture and mushroom-like flavour. It’s often used as meat alternative in stir-fries and curries.

A Japanese paste made from fermented soybeans, commonly used to make miso soup. Miso is produced by fermenting soybeans with ‘Koji’, produced from a mould Aspergillus oryzae.

A traditional Japanese fermented soybean which is produced through fermentation of cooked yellow soybeans with Bacillus subtilis var. natto. This produces a viscous food with a distinct flavour.

Bread made by using a sour dough starter (fermentation of dough using naturally occurring lactobacilli and yeast). The process may take up to seven days and results in a bread Sourdough bread has more of a sour taste and spongey texture compared to standard bread.

This yoghurt that has been fermented with live culture bacteria and has had additional 'friendly' bacteria added to it. It has a smooth, creamy texture and a fresh, slightly tangy flavour. 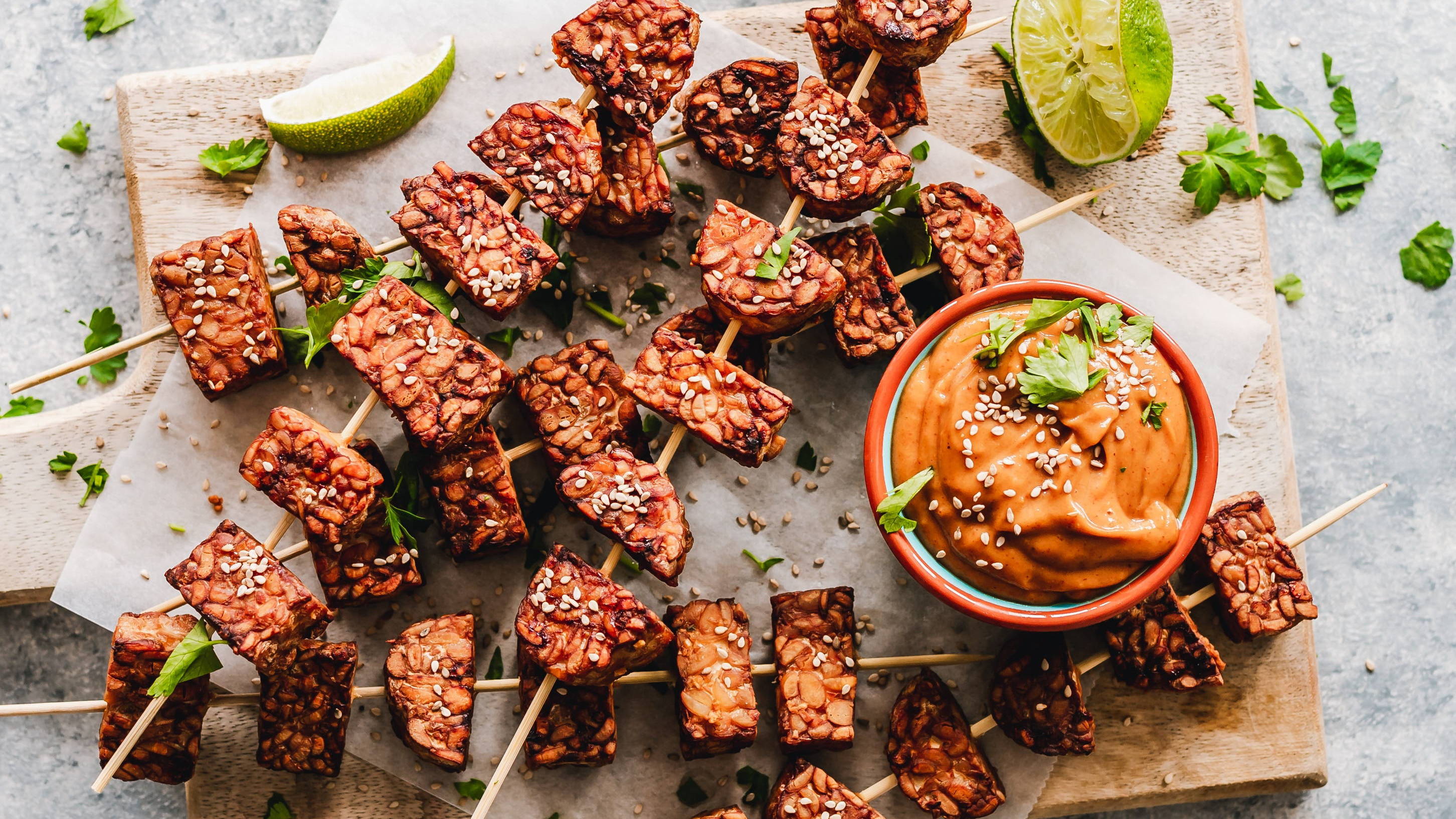 There may have been a boom recently in fermented foods, but they have been around for thousands of years and hold a firm place in cuisine from almost every culture in the world. Historically, food fermentation was performed as a method of preservation, to help foods last longer and keep them from spoiling. This is achieved by the as the creation of antimicrobial substances (e.g. organic acids, ethanol and bacteriocins) during fermentation that reduces the risk of contamination of foods with pathogenic microorganisms. Fermentation was also used traditionally to enhance the taste of some foods. 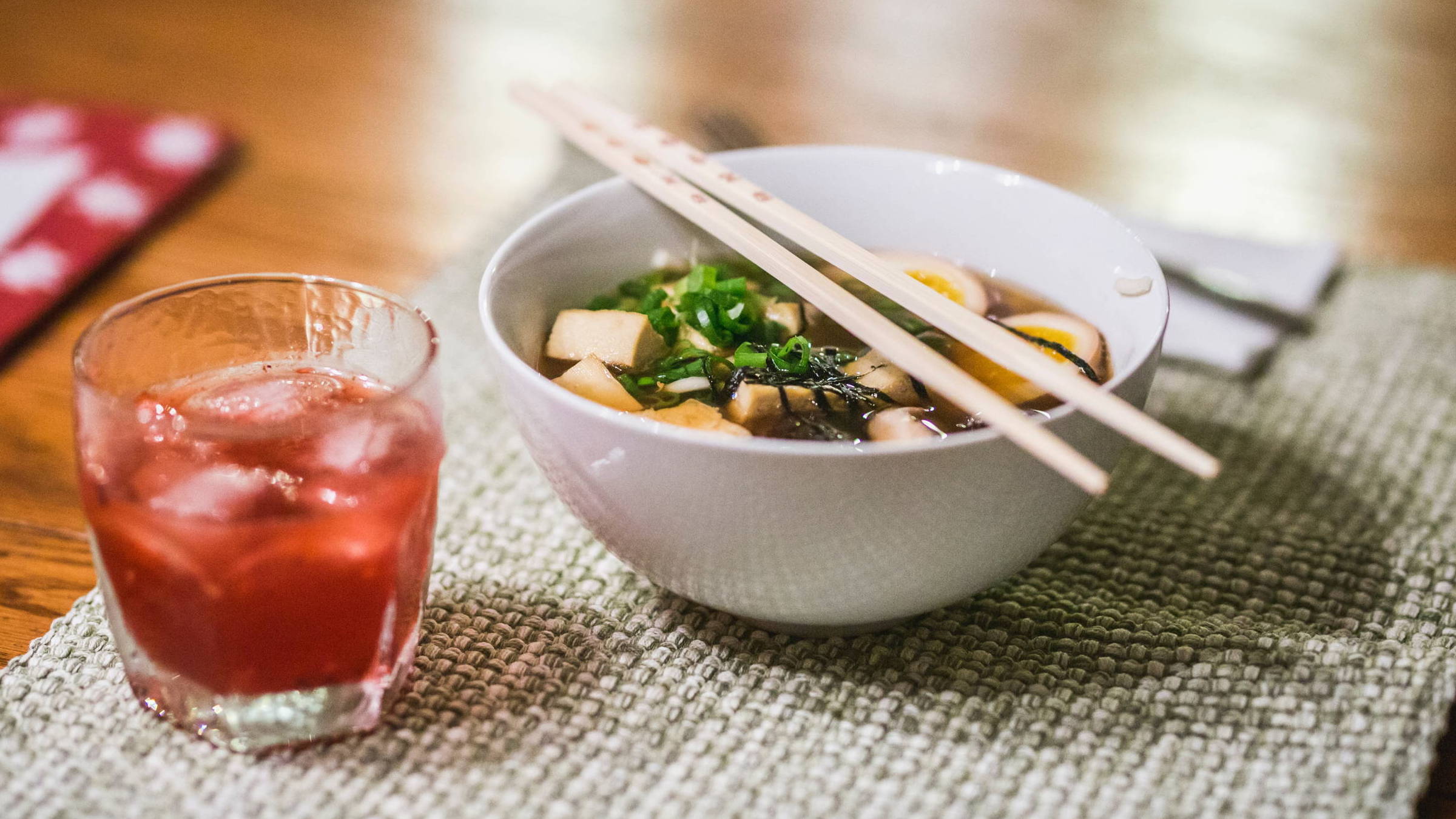 More and more research is showing the key role our gut health plays in relation to our general health or certain diseases. On the back of this, the interest in fermented foods has grown exponentially as they are seen to be a vehicle to better gut health. They have also been linked to a wide range of health benefits. 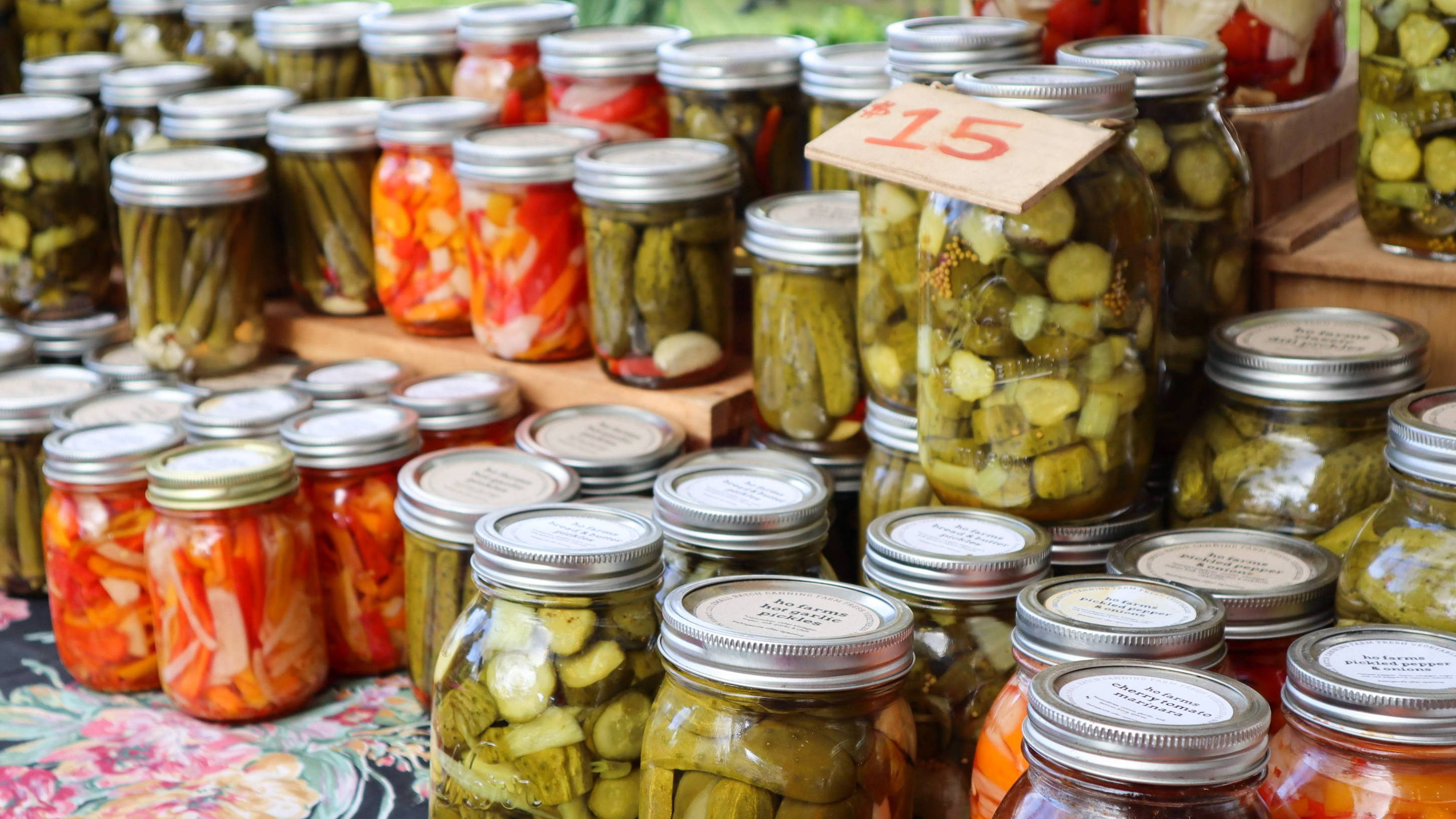 Research today is revealing the importance of a diverse and healthy intestinal microbiome (the microbial community in the gut) because it plays a role in fine-tuning the immune system and wards off damaging inflammation inside the body, which may lead to conditions ranging from obesity and diabetes to neurodegenerative diseases.

There is a fantastic review recently published on fermented foods that you can read which was published by the Dimidi and her colleagues at King’s College, London (I used this paper to write this blog post). The research on fermented food is relatively new and they conclude that there is very limited evidence on the effectiveness of most fermented foods in gut health or disease. Many of studies that have been done are considered to be ‘low’ quality and there are hardly any studies done in humans (animal studies can advance our understanding but they are not the same as human studies). Kefir is the most researched of the fermented foods and there is some decent evidence that it may help lactose malabsorption and Helicobacter pylori eradication (a cause of stomach ulcers) and linked with other benefits of heart health, bone health, and weight management.

Although the research is not yet conclusive, it doesn't mean there isn't any benefit consuming fermented foods or drinks (I still have kefir every week). It’s just that more high-quality trials are needed. Given we have been consuming these foods for thousands of years and there appears to be anecdotal evidence they help, it may just be the case that modern science needs to catch up with the knowledge of our ancestors. Watch this space for any updates on new research that gets published. 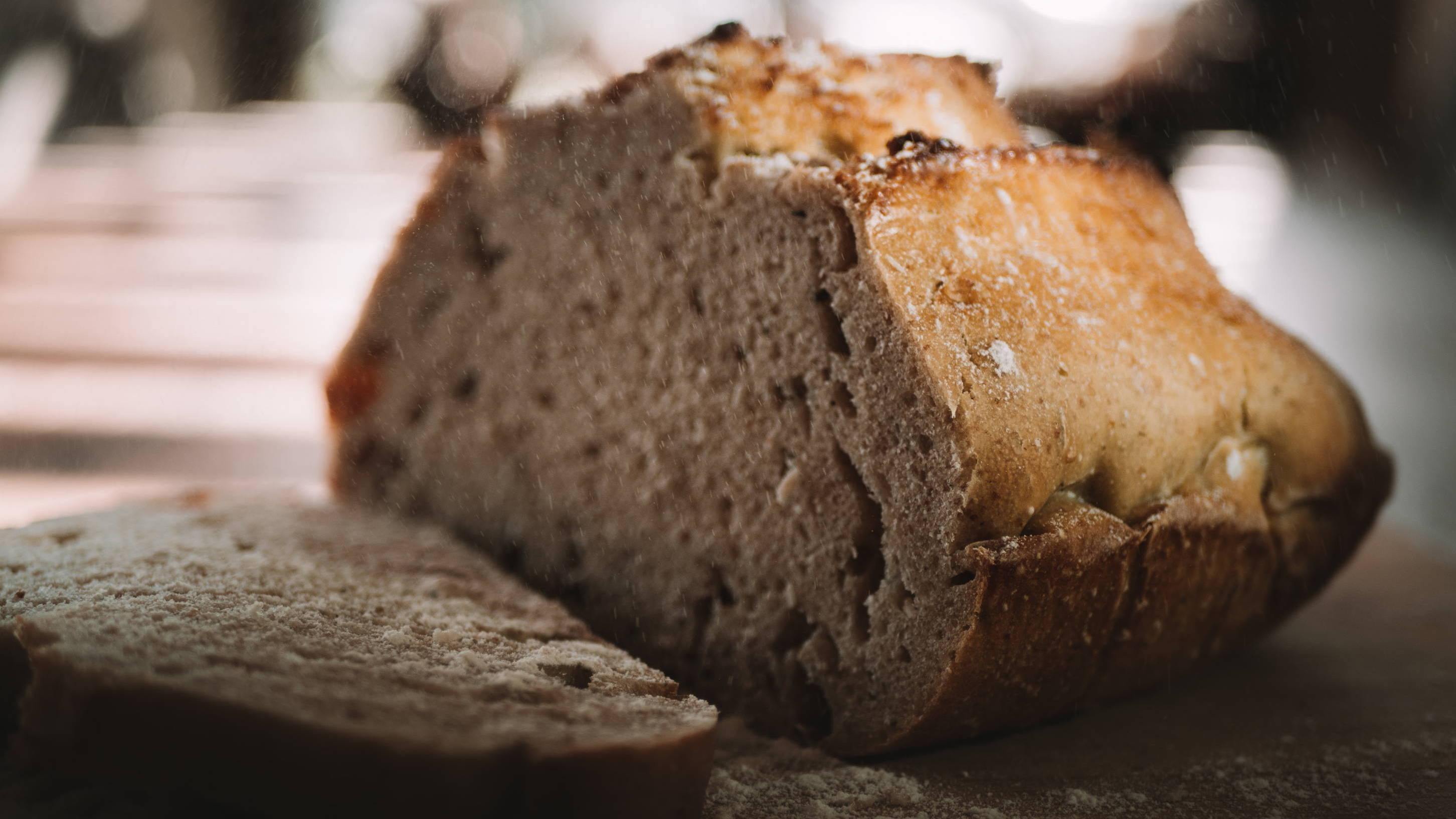 What about if you are on the low FODMAP diet?

Fermenting may help as it reduces the lactose content of dairy and fructan content in sourdough spelt bread (both FODMAPs). You can have the following foods when eliminating all FODMAPs from your diet;