All the flavours of a hot cross bun, in rich, buttery no-bake cheesecake form. This recipe turned out even better than I could have imagined and I especially love how the tart orange marmalade peeks through the creamy vanilla filling, enticing you to find out what’s below.

In baking, lactose free cream and cream cheese don’t always work in the same way as their regular counterparts. Rather than fighting that fact, I’ve used regular double cream in this cheesecake recipe, within the low FODMAP limit, which is what allows the cheesecake to set without the need for gelatine or something similar. Chilling overnight is really important too and if the filling ever feels like it could do with some extra setting power, a quick freezer stint always works.

Zest of ½ an orange, plus 1 tablespoon of juice

1. Lightly grease and line the base of a 23cm/9 inch springform cake tin.

2. Place the biscuits in the bowl of a food processor and pulse until you get chunky breadcrumbs. Add in the sultanas, cinnamon, cardamom and salt and pulse once more. The sultanas should break down a little but will still be pretty much whole. Pour the butter over the biscuits, pulsing again to combine. Tip the base mixture into your prepared tin and press down into a thin even layer with the back of a spoon. Place in the fridge for 30 minutes to chill.

3. Meanwhile, in a large bowl, whisk together the cream cheese, orange zest and juice and icing sugar until smooth and starting to thicken. Pour the double cream into a separate bowl and whisk with an electric mixer until it’s just starting to thicken to soft peaks. Spoon the whipped cream into the cream cheese mixture along with the vanilla extract and mixed peel and fold everything together until creamy and combined.

4. Remove the base from the fridge and carefully spread the filling over the top, smoothing with a spatula. Loosen the marmalade a little by whisking it lightly in a small bowl, then dollop it in teaspoons over the top of the cheesecake. Use a cocktail stick or tip of a knife to swirl the marmalade through the creamy filling then return the cheesecake to the fridge and chill overnight.

5. When ready to serve, release the cheesecake from the tin, remove any baking paper and shimmy onto a serving plate. 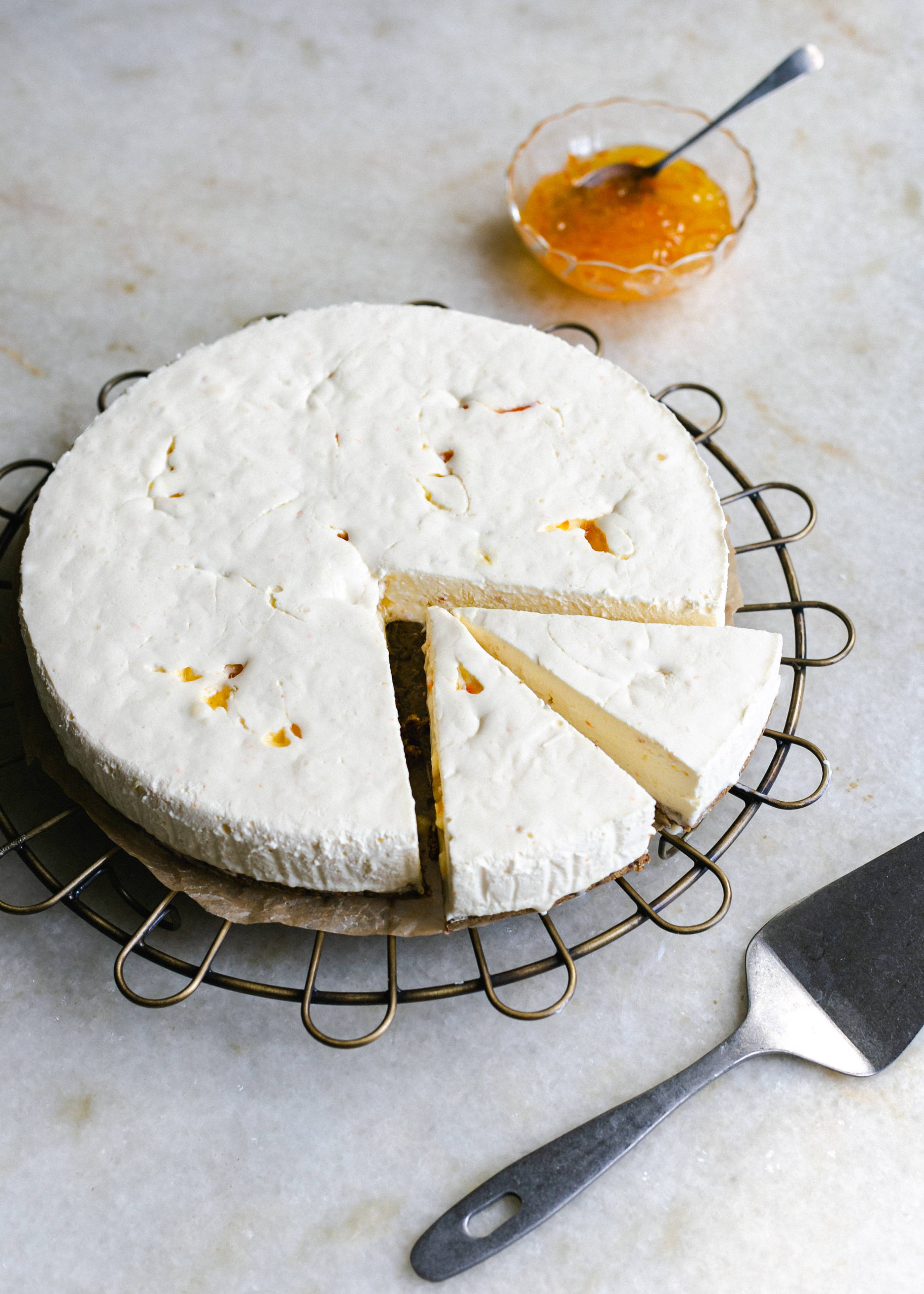